On November 6, 2016, after hearing their names called as runners-up so many times, Demie Johnson and Lily Padgett finally had their crowns placed upon their heads.

Demie, a 21-year-old Ball State University student and Michigan City native, was named Miss Great Lakes 2017. For her talent, Demie sang “For Good” from the musical “Wicked.” Her platform is Cancer Awareness: Educate to Eliminate.

Spirit Awards were also given, and the winners were chosen by their fellow contestants. Spirit Award winners were:
Miss: Katrina Languell
Teen: Hanna Malaise

Other contestants, who did an absolutely phenomenal job, were:

Congratulations to all! Newly crowned titleholders, we look forward to the year ahead. To the other 10 ladies, keep pursuing the crown! You’re all absolutely incredible and we were so happy to spend the day with you! 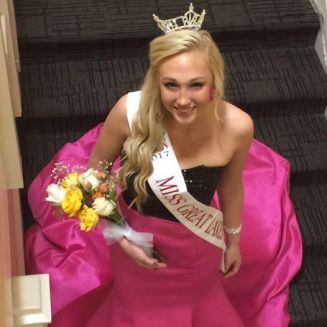 We are thrilled to announce that this year's pageant will be held at Boone Grove High School in Valparaiso, Indiana!
Who will join the #TeamAnchor sisterhood next? It could be you! Click the link in our bio and complete our potential candidate questionnaire for more information! #missgreatlakes #mao #maoteen #missindiana #theregion #northwestindiana #nwi
We are looking for individuals or businesses willing to sponsor:
From our crew to yours, wishing you a fun, relaxing, and safe 4th of July! #independenceday #4thofjuly #teamanchor #missgreatlakes #mao #maoteen
Paperwork for Miss Great Lakes & Miss South Bend 2021 is LIVE! We can't believe we are just 2 months out from welcoming 4 lucky young women into the Team Anchor family!
We’re baaaaaaaack! Now is YOUR chance to register to join the #TeamAnchor family August 28th! Paperwork for both Miss & Teen will be live tomorrow morning around 9 AM CDT! #missgreatlakes #misssouthbend #anchorfamily #mao #missindiana #nwi #theregion
Loading Comments...
%d bloggers like this:
%d bloggers like this: